For this week’s blog, we interviewed a few of the staff at Drug Free Sport. We asked them to share insights from drug testing in 2016, and potential new (or repeating) trends in 2017.

LG: What, if anything, is changing in sport drug testing and analysis?
Staff: More and more, we are seeing professional sport leagues test blood samples as well as urine to ensure fair play. Amateur and institutional clients are beginning to look into oral fluid testing and other matrices as complementary features of their current drug testing program. 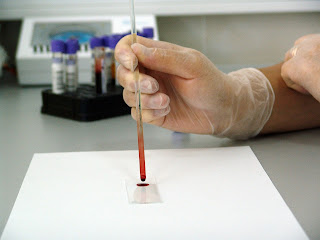 LG: Specific to the blood testing, what’s changing?
Staff: The World Anti-Doping Association (WADA) has validated Human Growth Hormone (hGH) biomarker analysis to compliement isoform testing for hGH. Essentially, they’re able to test for a greater detection window with the biomarker analysis that can show hGH up to two weeks after administration. Comparatively, isoform testing can detect hGH only within 24 – 48 hours of administration.

LG:  Is WADA validation important with new testing methods?
Staff: Of course. Many sport leagues look to the WADA Code and Prohibited Substances List as a gold standard. However, full implementation of WADA protocols can be difficult for clients that must also negotiate terms with their players unions through Collective Bargaining Agreements.

LG: What are sport organizations doing to work with the players unions and still provide effective drug testing programming?
Staff: “Smart” testing is becoming a new trend where we are seeing a shift to testing methodologies that efficiently and effectively use appropriate funds for deterrence testing. We are seeing this across the board for professional, amateur, and collegiate/institutional clients. Essentially, everyone is learning how to make the most of their drug-testing dollars and amplify the impact on deterrence.

LG: Are there any changes being made to the substances tested for in sport? 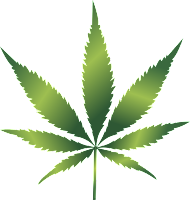 Staff: Nothing is changing dramatically in terms of the substances screened, even with marijuana which gets a lot of attention. We don’t anticipate any significant changes in marijuana testing as a result of the legislation efforts in several states across the country. Until there is a change from the Federal government, there likely won’t be a change in marijuana as a banned substance in sport. What has changed, however, is the conversation around marijuana—again, because of legalization in certain states.


LG: Can you elaborate? What has changed in the conversation?
Staff: There is a discussion targeting the social acceptability of marijuana—especially in the states where it is now legal for recreational use. We are providing more education on the different forms of marijuana use like edibles and concentrates, or that athletes may be using e-cigarettes or vape pens to mask their use on campus or within the sports facility. The potency of marijuana has changed dramatically over the last few years, which may be leading to higher dosages, longer lasting effects in the body, even addiction. For institutional collegiate clients, marijuana remains the largest concern on campuses. 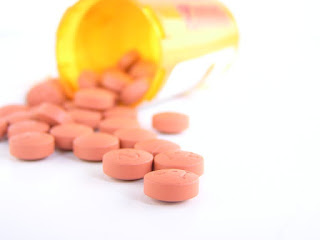 LG: Are there other substances of concern looking ahead into 2017?
Staff: It’s hard to say what will be new in 2017, but there is growing concern over growth hormone releasing peptides (GHRPs) in professional sports, and the reemergence of anabolic steroids that were popular in the Eighties. SARMs, such as ostarine and LGD-4033, are also a concern as they are appearing in more supplement items and marketed as “legal”, which is absolutely false. Collegiately, there have been increasing requests for testing panels to include prescription narcotics and opiates. Prescription stimulants being used and abused without a prescription are also concerns on college campuses—we’ve even heard stories specific to athletes snorting amphetamines like Adderall.

LG: Sounds like there’s a lot going on! Are there any other trends you feel are important to share?
Staff: Probably the technology that surrounds drug-testing and third party administration of programs. For example, there are a number of researchers working on new technology that can detect certain drugs at lower specific gravity (or urine concentrations). Labs are also making strides to update machines that are “greener” in terms of efficiency. This helps decrease the turnaround time for receiving results which positively benefits the clients. We also know that there is a lot of work going into delivering appropriate protocols for testing transgender athletes. In January, we distributed our "Collection Procedures and Guidelines for Transgender Student-Athletes" to all of our collectors nationwide.

LG: Lastly, what impact (if any) do you feel the 2016 Russia doping issue has had on drug testing efforts in the US, or for Drug Free Sport specifically?
Staff: The impact is really just the importance of having independent administrators for drug-testing programs. A complete third-party that conducts athlete selection, administration of the program, conducts testing and works with WADA accredited labs, and provides accurate reports to the sport organization is critical. Their involvement must be completely separate and independently run. The Russia issues also increased the importance of consistency in communicating confidentiality and the code of ethics for drug testing to all of our certified collectors. Cyber security also becomes a larger concern in the wake of 2016.

LG: I think all of this is important to share and continue to discuss as we get further into 2017. Thanks for your time and insights!

For more information on any of the issues or topics discussed here, please email Lara Gray at lgray@drugfreesport.com.

Special thanks to the following staff members for their time and responses that made this blog possible: Ryan Willis, Sarah Ziegelmann, Allison Lathim, Ben Mosier, and Michaela Stemmons.
Posted by Unknown at 12:31 PM